Home > Artist > Interview with Devin a.k.a KYD The Band
0
0
Search
Share the article:

*Since chatting to House of Solo back in February for this article Devin has certainly kept busy and is set to release a new single ‘Heartbreak Anthem’ with fellow U.S artist gnash on May 8th. He has also recently announced that his lyrical journey will continue with EP Season 2: Character Development, coming out on May 29th. *

I first meet Devin, a.k.a Kyd the Band, as he comes off the set from his first editorial photoshoot. He has since changed back into his characteristic black on black ensemble but grinning he tells me how fun it was to wear things that, for him, were a little outside the box. I am also dressed in all-black, however my outfit doesn’t exude the same effortless cool, having had my journey to the shoot characterised by the tail end of storm Jorge.

Devin isn’t on this side of the Atlantic just to expand his wardrobe however, his European and UK tour, supporting hip-hop star NF, will kick off in Cologne two days after our chat. While Devin’s explored Germany pretty extensively before, having lived in Berlin for six weeks after being signed to a German label, he tells me that coming to the UK is like “a dream come true”. This is due to bands like the Kings of Leon having a major influence on Devin, as like him, they also hailed from Nashville, Tennessee, but it was only after they signed to a UK label that they made it big. “That’s the story I wanna have”, he explains.

This is just the latest in what is shaping up to be a pretty big year for Devin. Aside from recently performing his first headline show, he has released two of his biggest songs yet: ‘Dark Thoughts’ and ‘Go There’. Both of these tracks mark a change in direction for the artist, with ‘Go There’ seeing Devin approach his vocals differently. This added a new level of excitement concerning the songs reception, he explains: “I haven’t put out a song where I sing like that, where it’s just kind of a belter, so I was really interested to see how people would react”.

‘Dark Thoughts’ also marked new territory for the artist, as Devin, normally tight-lipped concerning his inspiration, spoke out concerning the anxiety and mental health issues which made up a lot of the narrative in the track. In fact, it wasn’t until writing ‘Go There’, which was actually conceived before he released ‘Dark Thoughts’ that he decided he needed to be more open. He explains: “it took me writing ‘Go There’, which is about just wanting real and deep relationships with myself and with the people that I love, to make me realise that I actually needed to go there, in terms of talking about ‘Dark Thoughts’ and where that comes from in my life.”

The song has made deeper waves than just in Devin’s own life, with many fans reaching out to him expressing how connected they felt to the song. He recalls one message that particularly resonated with him: “one dude in highschool messaged me like ‘yo, my girlfriend just started cutting herself and I have no experience of this, I’m not depressed, but I want to help her, so what do I do?’ I’m obviously not the appropriate person for him to go to but I felt really impacted that he wanted to go to me and I gave him the best advice that I could. I want to make sure he’s got the right information, going to the right people and places.”

Despite this new connectivity Devin feels with his fans, he won’t be changing his approach to disclosing his songs inspiration any time soon. “It’s something I want to keep close to my chest. People are coming from different walks of life and have their own stories, so when they listen to music it hits them in different ways. I don’t want to put something in people’s minds when it’s not there when they hear the song”.

This unique blend of heavy narrative structures to his tracks and his own reluctance to over-explain may be due to the fact that Devin knows a thing or two about coming from a different walk of life. Raised in the pentecostal Church, his dad was a preacher, and Devin wasn’t exposed to any music, TV or films that weren’t Christian. Therefore, his main musical influences growing up were gospel, which he describes as music which has a “deep sense of soul and feeling”. He says that when he went out to explore different types of music (the first non-christains tracks he owned being by All American Rejects and The Fray) he says the gospel foundation, the idea that music really means something, stayed with him. “I think a lot of people might read about my upbringing and be like ‘wow that must have been really hard to overcome’, and in a sense there are challenges, but I don’t think they are very different from a lot of people’s challenges. And I’m thankful that I had that because it made me the person that I am.” Religion still plays a large role in his life, despite leaving the community in which he grew up. “I’m very spiritual. I don’t live the same lifestyle as a lot of the people I grew up with, but my faith is the most important part of me.”

Despite not letting fans too close, Devin has gifted them an interesting insight into his personal life through creating thematic albums, having every aspect reflect a different time in his life. He states that the first seven songs he released, which all focus on adolescence, form “season one”. He explains: “I wanted all the cover art to look like an Edward Scissorhands house, it’s all about navigating growing up”. He followed suit in season two, which he states is about “figuring out all the challenges of that switch between adolescence and adulthood”, and for him a large part of this is dissecting “relationships and issues with my upbringing and family, and trying to figure out who I am in life”.

Even things that Devin prefers not to talk about, his brother Kyle’s decision to leave the band for example, make their way into the videos. “Ironically in the last video that me and my brother do together I actually kill him,” he explains. He sheds some further light on the story during our chat however, and explains that Kyle “just had this epiphany that he needed to do something completely different with his life. And so he moved back to where my parents live now, and then it was just me.” Despite the new solo career Devin decided to keep the name Kyd the Band, which is actually made from merging the first letters of both the brother’s names, as it was early enough along to reinvent himself. This could also have something to do with Devin’s disparaging attitude towards the names the duo had tried out before, from being just plain Kyle and Devin, which in his opinion “sounded like a Disney duo” to taking inspiration from their favourite band Kings of Leon and calling themselves “Sons of Cecil”, after their grandfather. He laughs loudly at the last one, stating that “it sounds like an Eastern European rock band”.

For now Devin is steering clear of partnerships, choosing to only collaborate on something if it’s going to be a good fit, rather than to attach his name to an artist. He explains: “I’m so precious about what I put out under my name, it has to resonate with me and be honest and transparent, you know?” This cautiousness may have been born from the time Devin spent writing songs for other people, which while supporting his music career, isn’t free from regret. “I wrote this song for Bones, Thugz and Harmony, called ‘Good Person’ and the hook is one of my favourite things I’ve ever written. It goes: ‘am I a good person or is this something I’m telling myself to sleep at night? Am I worth it because these demons aren’t letting go of this crippled mind’”. He explains that “to this day, I think about it at least once a week, I’m like ‘dang – I should have kept that’”.

It’s been a long journey towards self-actualisation for Devin, however, he seems to have found his footing. “Now I think I’m learning that if I have an idea that I really love, I can be precious about it and just keep it!” he says. It is with this new level of confidence in himself and his music that he moves forward into 2020, and with his UK tour ahead of him, his dream of making it like the Kings of Leon, seems set to come true. 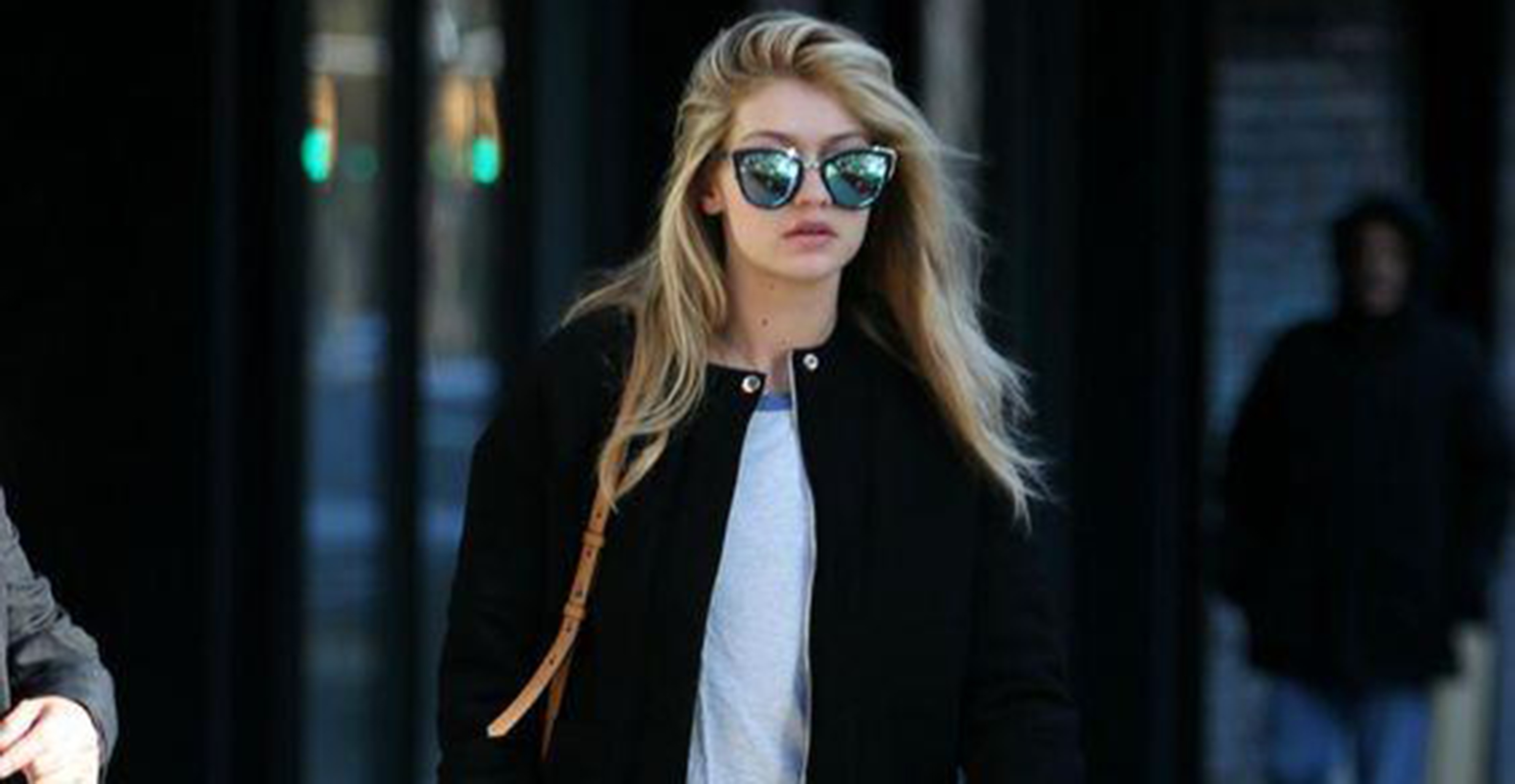 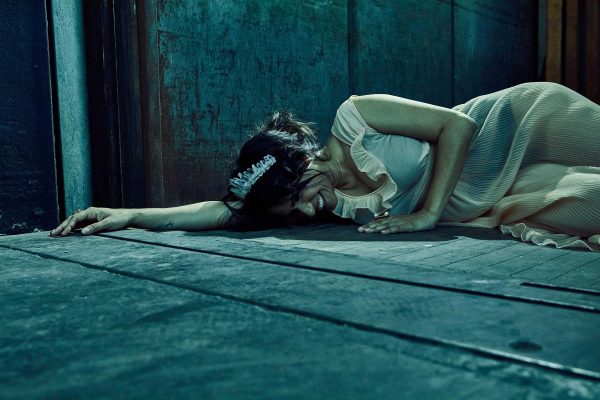